There’s only a month left for the new Galaxy S9 and S9 are officially presented. As usual, Samsung has been quite suspicious with its new smartphones ensign, but that has’nt prevented a leak has come out and have revealed an image before time.

Through the Ventura Beat site, this Friday have been revealed the Galaxy S9 and S9 specs, and also an image of both smartphones, which will be the major releases of the company in the first half of 2018.Take a look: 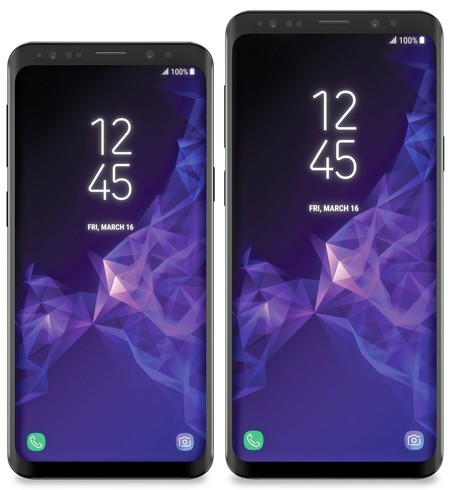 According to VB, both phones will keep many similarities with their last year versions. Upper frames and lower have been slightly reduced; the corners will be more rounded than those of the note 8; speakers and cameras are still distributed at the top of the same way as previous models; The dimensions are estimated to be 5.8 and 6.2 inches respectively for the S9 and S9 Plus. With all this, so the difference aesthetics of this year will be almost perceptible.

Speaking of differences, something that many users value is updating the processors.The models for the United States will come with Snapdragon 845 and  the models for Europe will be incorporated with Exynos 9810.

Finally, the S9 and S9 cameras will not let you want. Both models will feature 8 megapixel front cameras, and the plus will also include a second 12 megapixel camera.Also, they will record videos with superslow cameras even in 480 FPS