Superman is Rumored to Appear in ‘Shazam!’ Solo Film

After Batman v Superman, the destiny looked really uncertain for Henry Cavill’s Superman in the DCEU. Somehow, that was solved in the end of Justice League, but we are still expeting to know where he’s going to be next, and it looks like we have a clue about it.

According to a report by Revenge of the Fans, Superman will return to the big creen in the upcoming Shazam! film, which is starred by Zachary Levi. We don’t know very much about the plot, but this looks really possible though.

For all of you who know about Shazam, the link between him and Superman is not a secret. DC even got the rights over the character through a lawsuit against Fawcett Comics in 1953, alleging that it was a copy of the Man of Steel.

DC really knew how to explote the relaation of both characters in comics, with stories like Superman/Shazam: First Thunder, where you can really see the admiration of Billy Batson (Shazam’s alter ego) for Superman. 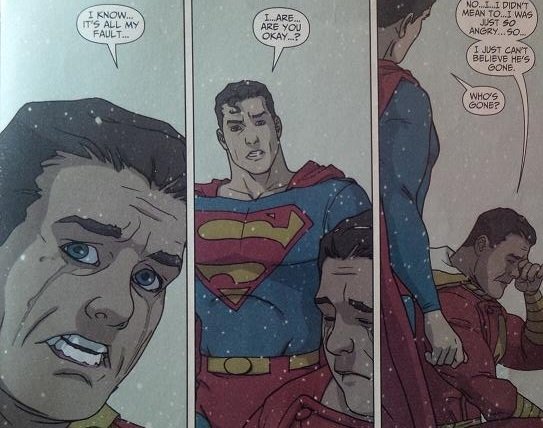