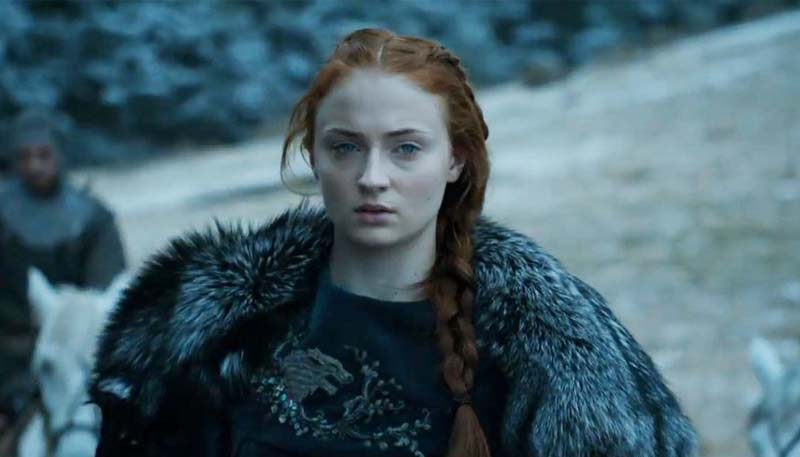 The seventh season for Game of Thrones was pretty unusual: despite the fewer episodes (7 instead of 10), this season left so many things in the air, that it was obvious that HBO was going to take some time to prepare it.

In a way to confirm this, actress Sophie Turner (Sansa Stark) has said that GoT Season 8 will be released in 2019, and not by the end of 2018, as many peopled expected.

Durinh an interview with Variety, Turner showed up enthusiastic about her upcoming projects, including GoT and X-Men: Dark Phoenix. This is what she said:

I’m really excited. “Game of Thrones” comes out in 2019. “Dark Phoenix” is in November. Then I have a couple indie movies coming out. I’m a producer on my next movie [“Girl Who Fell From the Sky”]. So I’m really excited about the future.

Also, the actress talked about past moments in the series, including the fact of saying “goodbye” to Little Finger (Aiden Gillen):

It was really hard, because out of all the people I’ve worked with on the show, he has been the one who was consistent throughout, from season one to season seven. He has been my “Game of Thrones” experience. He’s been the backbone of it for me. So to say goodbye to him was pretty hard, especially because life imitated art in a way, because he was also my mentor. I learned so many lessons just by watching him act. It was this weird parallel, and an emotional thing for everyone.

We’ll be expecting to know more about Game of Thrones Season 8 soon.